Altamira Fine Art, an art gallery in Jackson Hole, Wyoming and Scottsdale Arizona, is a well respected and liked gallery that showcases many an artist. The Jackson location is a known spot for art lovers despite the small geographical location. These galleries that are located at this location are known for their traditional western art such as cowboys riding north, south, a bucking bronco, and Native Americans, as they are displayed in the gallery Altamira Fine Arts.

Altamira Fine Art concentrates in the exhibition and sale of Western Contemporary artwork, which the artists have taken a more modern twist to their work of art. It is known to be quiet and spacious when walking through the gallery. The gallery represents the top leading artists that are changing and redefining the West with a modern take on life in the Western region. The fine arts that are offered in Altamira range from oil paints, acrylic and bronze, and digital art installations. Altamira Fine Art represents artists such as Mark Rohrig, Jared Sanders, Bill Schenck, Theodore Waddell, Greg Woodard, & Dennis Ziemienski. 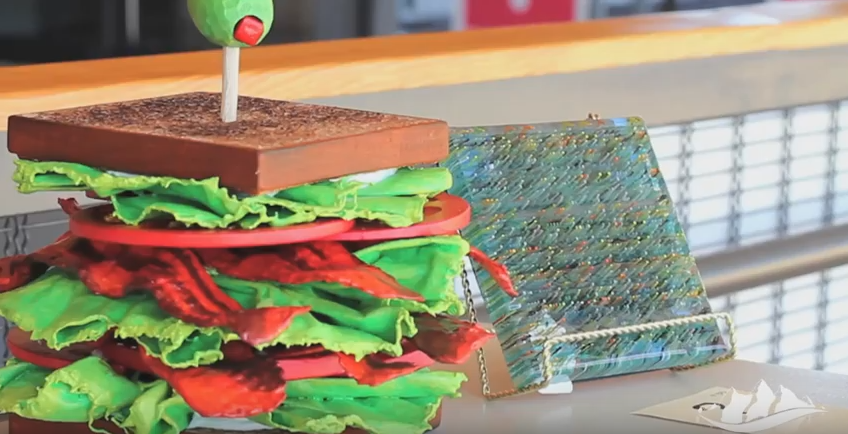 Dennis Ziemienski is one of the many artists who are being showcased with the art gallery Jackson Hole. Born in 1947, he is a native to California born in San Francisco. He is a well-respected artist in the art world; he began his journey into art with a degree in Fine Art at the California College of Fine Arts and then traveled to the New York in 1980 where he flourished as an artist.

He has been well known for his powerful imagery of posters, which have included the 2006 Kentucky Derby and the NFL Super Bowl XXIX. They were made on book covers that are very well known such as the Tales of the City series by Armistead Maupin and other covers of authors Elmore Leonard and James Lee Burke. In ’86 he returned to California and began to turn his attention to the fine arts. Currently now, Dennis paints mainly oil paintings and has stated that his major influences from other artists such as Maynard Dixon, Frank Brangwyn, Ernest Blumenschein, Edward Hopper, and Maurice Logan. Being an internationally know painter, illustrator, and designer, his paintings have won many awards, each painting being a part of one man paintings or group exhibitions.

Having the great opportunity to be able to travel for the past few years to each of these parks, exploring and painting them, which gave him the chance to see splendor, history, and nature; a limitless foundation of inspiration and topic matter for his artwork. The exhibition that is going to be displayed at the gallery for his artwork will include over twelve paintings, oil paintings, that will be honoring the natural fascination of our National Parks. These include the Grand Canyon, Glacier, Old Faithful Geyser, Yellowstone, Grand Teton National Park, Arches, Yosemite National Park, and others in an iconic imagery. It is noted to be amazing how this artist can capture these timeless landscapes. These paintings create a wish to see the American West and honor the destinations that have been loved throughout the show. This exhibit will take a sharp turn on Contemporary Western art. Each piece of work has been inspired by the National Parks in the Western part of the United States. Many have said that it would be an excellent exhibit by the artist as his previous displays have been in the past. With the sharp color of the oil paintings and the feelings that you make note of as you look at the parks that have been recreated before your eyes, you are brought to the place of the West.